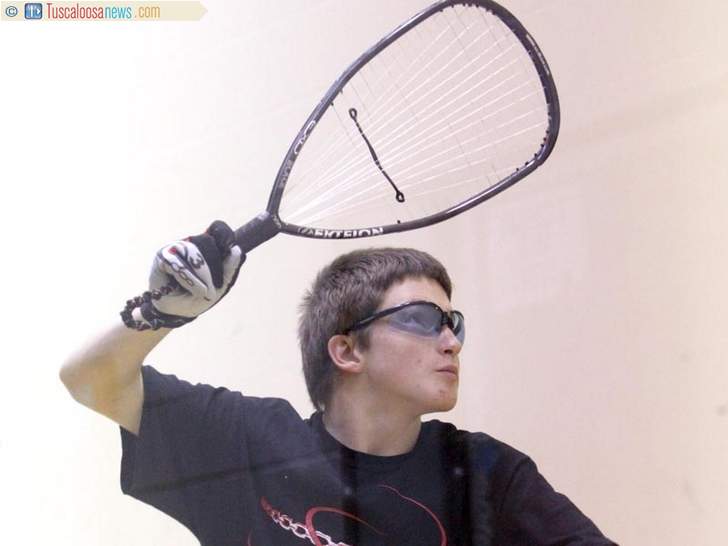 This article originally appeared in the Tuscaloosa News on July 13, 2010.

By Bobby Fulmore
Special to The Tuscaloosa News

Hemphill went into the event ranked 11th in the country, but slipped out of the gold division by losing to his doubles partner Sean Cooperrider, who lost to the overall third seed and placed third in the blue division in the Olympic-style format, which gives each player three matches to play in another bracket even if they lose in the first division.

“I did better at this year’s (Junior) Olympics because it was my top year in the boys 14 instead of my lower year, but I think I can improve for next year by my foot work, increasing my speed and hitting smarter shots,” Hemphill said.

Hemphill, 14, a Northport native, has been playing racquetball for as long as he can remember. Each summer, Hemphill attends “Rumble,” an elite, invitation-only racquetball camp that brings in the best youth players from across the country. This year’s camp had seven boys and seven girls attend, with the University of Alabama hosting.

The camp is also where Hemphill teamed with Cooperrider of Palm Harbor, Fla., his doubles partner, with the duo earning a No. 4 ranking.

“They met at age 8, but didn’t start playing together until age 10,” said Anne Hemphill, Robert’s mother.

With Cooperrider being a forehand player and Hemphill a backhand player, they complement each other. At the national event, they lost to the No. 1 seeded-team, 15-8 and 15-6.

Hemphill plays basketball and baseball for Holy Spirit High School, and also plays electric guitar and piano. His mother is the racquetball coordinator at Fitness One in Northport, where Hemphill does most of his practice and training.

“When I play the kids at Fitness One, I play them left-handed, but I’m really right-handed,” Hemphill said. “I guess you can say it helps me practice my skills a little bit more a different way.”