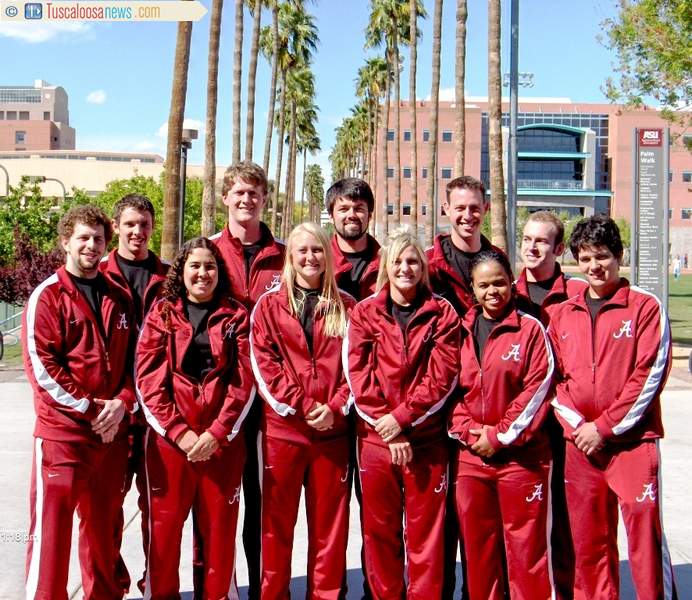 This article originally appeared in the Tuscaloosa News on April 17, 2007.

The University of Alabama racquetball team brought home another championship recently.
The Crimson Tide competed in the national tournament on March 27 on the Arizona State campus and won its third national team title in four years.
The Tide also won the team title in 2004 and 2005.
The Alabama racquetball team has only been in existence since 2003 and has already won two national titles.
The team was formed by Natalie Crockett. Before the team formed, she was in charge of a racquetball camp the University hosted every year in June, which brought in some of the best junior players in the country.
“The kids would come here every year to the University [for the camp] and they just got a nice feel for the place and a lot of them wanted to come here [to college],” Crockett said. “It just seemed like the natural thing to do.”
Soon, these elite junior players expressed interest in forming a team. So Crockett organized a team and they started to compete.
The first national tournament the team attended was in Los Angeles in 2004. The Tide won the overall national title in their first year.
They Tide won again in 2005 and barely lost the title last year, losing by just one match. This year the Tide won the title by approximately 1000 points.
The last three years the tournament has been held on Arizona State University Campus in March with 44 colleges and universities attending.
The team consists of six men and six women players. Each player is seeded one through six and there are also three doubles teams for women and men.
In the Tide’s recent national tournament, all six members on the men’s side advanced to the championship matches.
Team members include nationally ranked players, as well as players recruited from The University.
—
Facts
Agustin Tristin, Mexico
Nationally Ranked Chris Crockett, Birmingham
Nationally Ranked Shane Karmelin, Atlanta
Nationally Ranked Darrel Miller, Racine, Wis.
Nationally Ranked Brian Booth, Northport Josh Weldon, Fort Payne Stephen Cross, Memphis Tenn. Domanique Davis, San Antonio, Texas
Nationally Ranked Kara Mazur, Avon, Conn.
Nationally Ranked Courtney Cox, Georgia Juli Langosch, Georgia