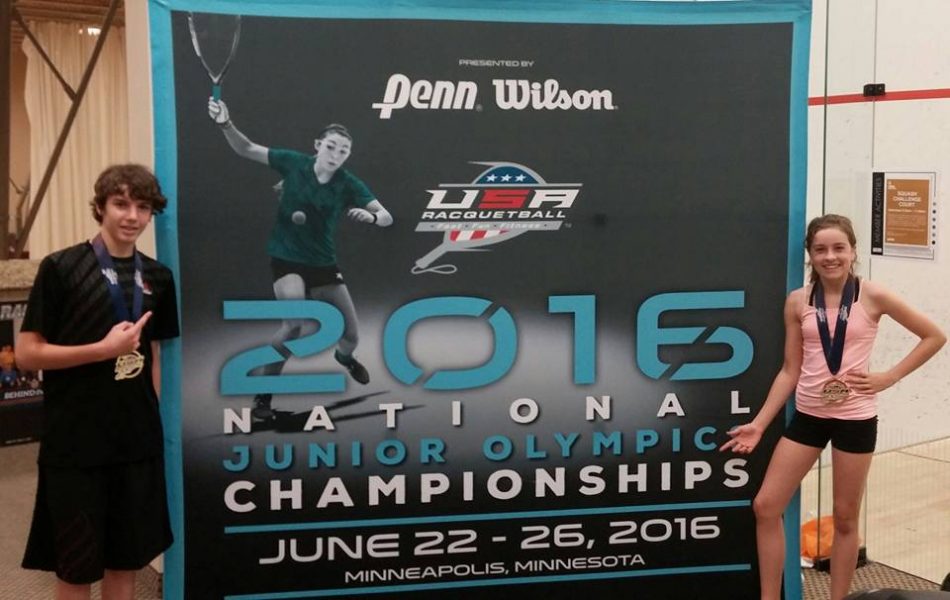 The USAR JOC took place in Fridley, Minnesota from June 22 thru June 26, 2016. Over 200 players aged 18 and under gathered and played in Olympic format divisions in order to determine placement on the USA Racquetball Junior National Team for the next year.

The pride and respect of the Alabama racquetball community goes out to these two positive young men!

Junior Mixed Doubles – Combined 18 and Under / 16 and Under:  4th place
Quade Howell and Sofia Smith